Thursday the 23rd of February 2023 is the perfect evening for you to dig out your flares and dance in your platform shoes to some of the top pop songs in the music history, as the best Abba tribute act, Mania – The Abba Tribute, will be at the Johnny Mercer Theatre for an evening concert. Celebrate the timeless classics of the Swedish supergroup with them as they perform, their talent and quality production giving you an unforgettable evening. Be there by booking your tickets now and enjoy the music of Abba by Mania – The Abba Tribute on the 23rd of February 2023 at the Johnny Mercer. 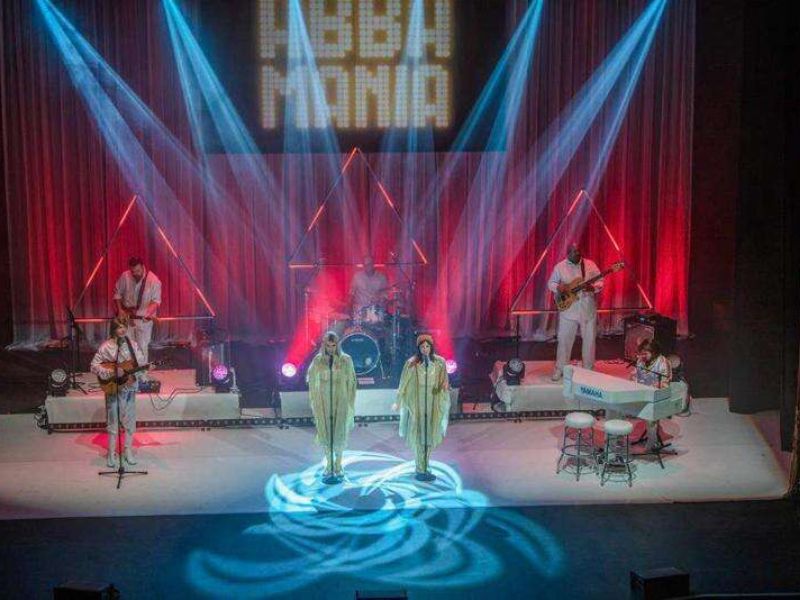 Be a winner and take in all the amazing music that has been wowing the world for over 40 years. Abba won the Eurovision song contest in 1974, with the winning track 'Waterloo', and have gifted the globe with chart-topping, timeless songs, such as ‘Mamma Mia’, ‘Dancing Queen’, ‘Super Trouper’, ‘Winner Takes It All’, ‘I Have A Dream’ and ‘Does Your Mother Know’ – to name just a few! Paying an honourable tribute to them is an act that have been deemed the best Abba tribute act, Mania – The Abba Tribute. Formed in 1999 this production has been a global success and have performed in over 30 countries giving over 3,000 live concerts to fans of the top songs from the Swedish supergroup. Bringing the energy and music of the awesome foursome to life are Alison Ward as Agnetha, Amy Edwards as Frida, James Allen as Bjorn and Jeff Pike as Benny. Their recreations of Abba concerts are delightfully authentic with a sequin sparkle that will uplift your spirits as you sing your heart out with the band to the iconic lyrics of Abba. So, be there to be a Dancing Queen or King for the night with Mania – The Abba Tribute as a part of their 2023 tour.