With over five thousand years of unseen Chinese cultural marvels, Shen Yun Performing Arts is highly-acclaimed for its world-class performances and its mission of reviving long-lost Chinese culture to the live stage. Having exquisitely performed folk acts, traditional dances, and captivating music led by an orchestra in one spectacle, Shen Yun Performing Arts is much-loved by audiences for its dedication to shining light on pre-communist Chinese heritage. Don't miss out on their ethnic dances, alluring music, and bel canto solos live on stage at Johnny Mercer Theatre on Sunday, 15th of January 2023 by booking your tickets now! 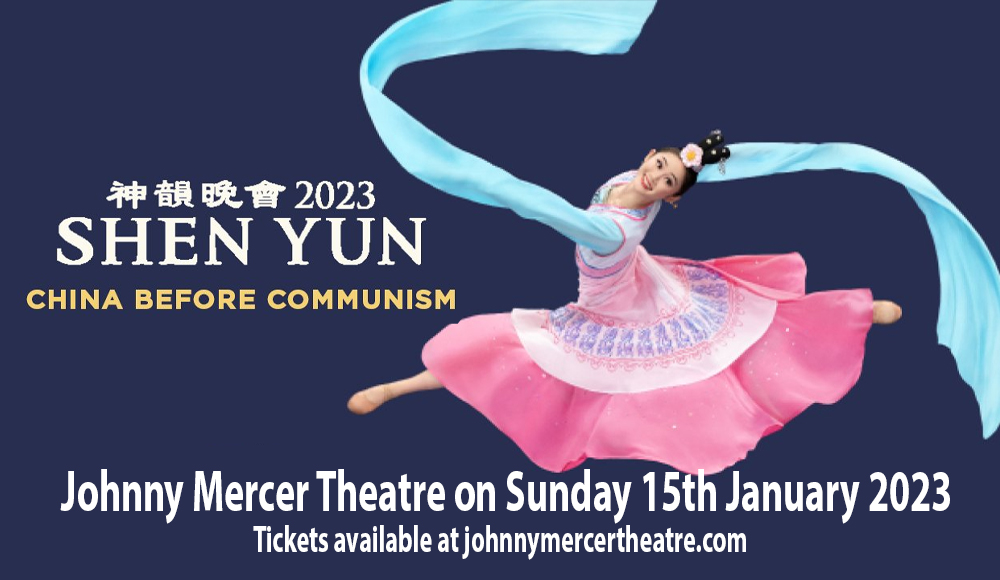 "The beauty of divine beings dancing" perfectly encapsulates Shen Yun. The company takes pride in its mission of reviving over 5,000 years of long-lost Chinese culture and tradition before the communist regime. More than just another cultural show, Shen Yun Performing Arts is a mission in itself to share China's cultural marvels that are never-before-seen. Comprised of ethnic and traditional dances, bel canto solos, and "an orchestra like no other", Shen Yun Performing Arts' live spectacles have never failed to bring audiences into a state of awe and wonder as they take home new discoveries and lessons from the other part of the world dating back to five thousand years back.

With heartwarming stories of pre-communist China, audiences are taken back and presented with a new perspective about the nation and its people through powerful depictions of classical Chinese tradition.

"The movements of classical Chinese dance are rich in their ability to express a variety of feelings, be it happiness, sorrow, joy, anger, grief, delight, the emotions that come with parting and reuniting, insanity, infatuation, sickness, tipsiness, solemnity, ignobility, majesty, as well as civil, military, and other personalities and stories," Shen Yun's website shares.

With a home base in NYC, Shen Yun's company is comprised of world-class talent who share the same mission and dedication to shining light on China's rich and lost tradition and heritage. Through graceful dances and ethnic acts driven by heartwarming storylines, powerful messages and key takeaways are gifted to audiences at the end of each show.

"It’s wonderful, … the tales, the history—the 5,000 years of history in China. And then … we started seeing some of the terrible things that are happening in China under the Communist Party; I think the American people need to see this, the world needs to see this" shared WASHINGTON, D.C.—Rep. Brian Babin.

As a movement inspired by the desire to share China's glorious pre-communist marvels, Shen Yun Performing Arts is a show you wouldn't want to miss! Book your tickets now!