Rock legend, Styx, is coming to Johnny Mercer Theatre in Savannah, Georgia, this spring! The one-night progressive rock spectacle will light up Georgia’s iconic entertainment venue on Thursday, 20th April 2023! The show is part of the band’s massive 2023 tour, which promises to deliver all the hits and fan favorites like “Come to Sail Away,” “Renegade,” “Babe,” and “Mr. Roboto.” Apart from the band’s well-known hits, the show will also feature songs from Styx’s latest album, Crash of the Crown! Whether you’re Styx’s loyal follower since the beginning or a new fan, you’ll have a great time at the band’s much-awaited show at the Johnny Mercer Theatre! So hurry and grab your tickets now! 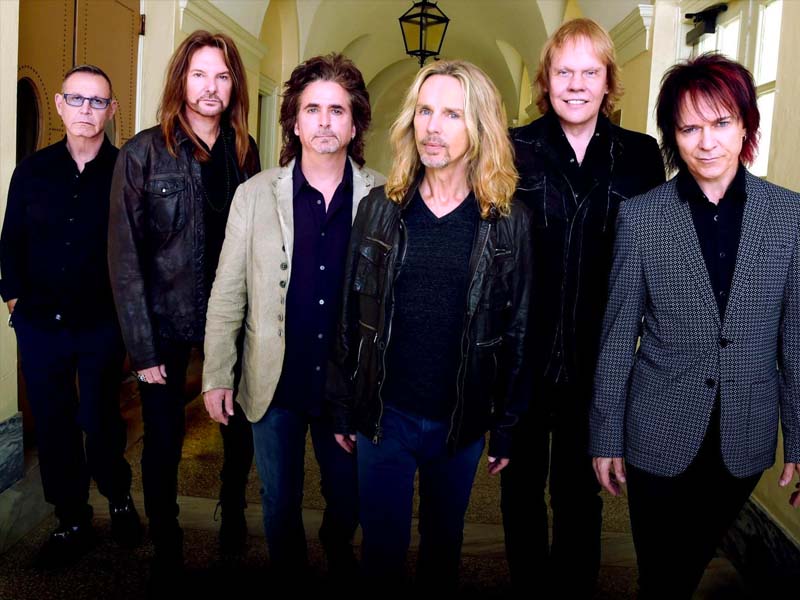 Since the band’s debut, Styx has released 18 critically-acclaimed studio albums, selling over 18 million copies. The Chicago-based rock band has been entertaining fans since 1972. During its early years, the band consisted of five members, James Young, John Curulewsky, Dennis Deyoung, Chuck, and John Panozzo. The band consistently released highly-acclaimed albums during the ‘70s. The band rose to prominence in 1977 upon releasing their seventh studio effort, The Grand Illusion. The album debuted at number 6 on the Billboard 200 and brought incredible commercial success. Meanwhile, the album’s lead single, “Come Sail Away,” charted in the top 10 of Billboard’s mainstream chart.

In 1981, the band dropped their tenth album, Paradise Theatre. The album topped the Billboard 200 and stayed at number 1 for three weeks. Paradise Theatre spawned several hits, including “The Best of Times,” “Nothing Ever Goes As Planned,” and “Too Much Time On My Hands.” Two years later, Styx dropped a concept album, Kilroy Was Here, which features a rock opera sound. The album charted impressively in the U.S. and featured the massive hit “Mr. Roboto.”

Today, Styx tours as a seven-member band with original members James Young, Dennis DeYoung, and Chuck and John Panozzo. If you’re keen on seeing this progressive rock legend conquer the stage at the Johnny Mercer Theatre, you must score your tickets now!