Hey, Umphrey's McGee fans! Can't get enough of the live music of one of the greatest jam bands in the world? You are in luck as your favorite Umphrey's McGee announced additional shows for their 2022 tour this September and October. Yes, you've read that right! As an answer to calls for additional shows, the Indiana-native band will be heading to Georgia's Johnny Mercer Theatre this October 1 for another electrifying concert that will leave you in complete awe. Prepare for a night of timeless hit songs, impressively choreographed visuals, and superb instrumentations. The band will also perform songs from their new album released this July. Thus, we know it will be a jam-packed jam session for all of us to see. So, what are you waiting for? Hit that "Get Tickets" button to get your ticket now! 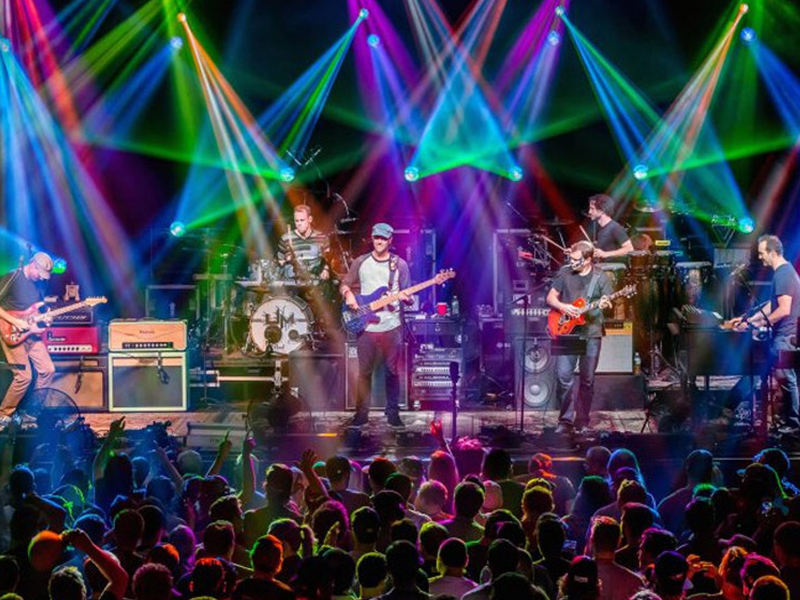 Formed by students at the University of Notre Dame in December 1997, Umphrey's McGee's ambitious and musically versatile acts got them noticed among several jam bands when they were still starting out. Over the years, the band established a dedicated following among fans who loved their music's blend of funk, electronic, metal, progressive rock, jazz, and folk. Their live shows in the early 2000s became a go-to for jam-band fans who were so enthralled by their numerous live and studio albums, including 2006's "Safety in Numbers" and 2009's experimental "Mantis."

As a jam band, UM stood out as unique among other bands because they continually set up programs offering live recordings to fans immediately after the show. They also crafted their special "Hall of Fame" album series wherein fans vote on the band's best performances of the year to be released on an annual live compilation.

The band continued to thrive in the 2010s. They have toured all over the country, released six studio albums, and released the "Hall of Fame" series from 2010 to 2020. Included in the six studio albums are an album tracked at London's famed Abbey Road Studios and the companion albums "It's Not Us" and "It's You," released in 2018.

Recently, the band announced another album, entitled "Asking for A Friend," to be released in July. This is a follow-up to their successful album "You Walked Up Shaking In Your Boots But You Stood Tall And Left A Raging Bull," released in 2021.