War On The Catwalk Tickets

The fabulous war is not yet over! It definitely isn't, as our favorite drag queens will strut it all over again this Sunday, August 14, at the Johnny Mercer Theatre. Join Miz Cracker as she hosts one of the most show-stopping productions you'll ever witness live this summer. So better start your engines because our queens will not hold back in giving their all on the catwalk. Prepare to see Krystal Versace, The Vivienne, Kita Mean, Kornbread, Priyanka, Icesis Couture, and other prominent drag queens from RuPaul's Drag Race franchises all over the world in a night of everything fun, flamboyant, and fabulous! This is the only war you want to get involved in, so you better get a hold of a ticket as early as now! Grab your tickets here and prepare to be smitten by our queens in this one fantastic show you don't want to miss. 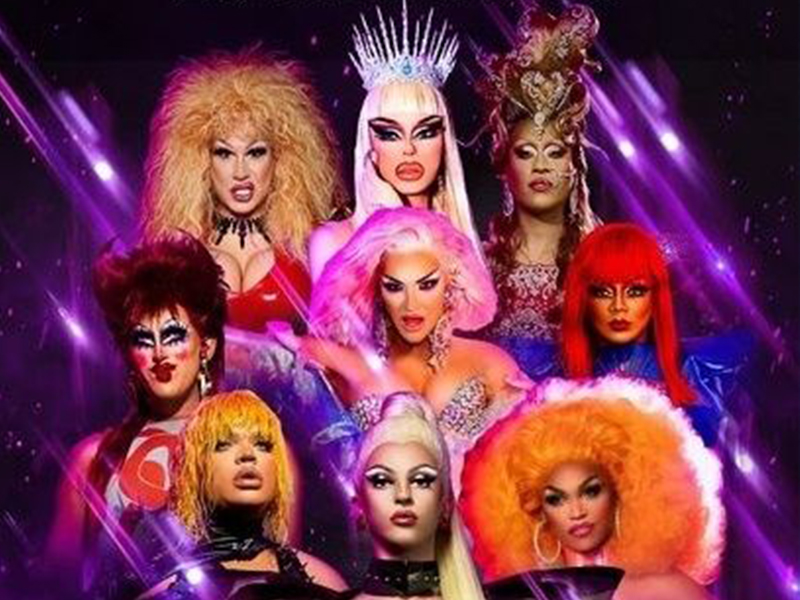 War on the Catwalk is the creative name of the drag show extravaganza featuring world-renowned drag performers from RuPaul's Drag Race franchises worldwide. Like the RuPaul's Drag Race Tour, War on Catwalk tours all over the US, Canada, and The UK to offer fans a fantastic night of show-stopping performances filled with comedy, dance, music, and lip-syncs.

Since this is an international drag battle, spectators are expected to see the famous drag queens from RuPaul's Drag Race empire. Canada's Priyanka, Jimbo, and Icesis Couture will grace the show, along with The UK's Krystal Versace and The Vivienne. RuPaul's Drag Race Down Under's Kita Mean will also join the fun riot. In addition, Kylie Sonique Love, Denali, Crystal Methyd, Heidi N Closet, and Olivia Lux will also be part of the fun on most dates of the tour's 37-city stop in its North American leg. With this incredible lineup of drag superstars, we know that this will not only be a showcase of show-stopping performances but will be a haven of creativity, superb talent, and fabulous drag art.

The live show will be hosted by the American drag queen and television personality Miz Cracker, who is best known for placing fifth on the 10th season of RuPaul's Drag Race and being a runner-up on the 5th season All-Stars edition. All ages are welcome in the show, but adults are reminded to guide minors watching the show because the queens will not hold back in giving the audience some hilarious adult comedy. See you at the Johnny Mercer Theatre!